Sorting It Out After the Storm

Wow, that was a doozy of a storm we had, eh?  And just a few days ago we were talking about the crazy, record breaking heat.  Boy, if this start to the summer is any indication of what’s to come (especially since we often don’t feel like summer really starts until the beginning of July), we’re in for quite a ride this year!  Just driving around town this morning the evidence of how powerful that monsoon was could be seen everywhere.

City of Tucson transportation crews were out Monday, June 27, cleaning up after damaging storms struck over the weekend.

According to Shawn Moore with the Tucson Department of Transportation, some crews were out until 4 a.m. with many of them reporting back early in the morning to resume clean up operations.

Moore says crews had up to 15 sites to visit Monday, and clean-up is expected to take a couple days.

Hanz Villegas with Guaranteed Landscaping advises homeowners to trim heavy branches off their trees, and make sure the tree is balanced. He said continue to water deep allowing the roots to grow strong. read more at tucsonnewsnow.com

Speaking of water in Tucson, let’s all keep our fingers crossed that we’ll be able to watch one of our own competing soon in the Olympics.  Go get ’em Marcus!

No handicap: Deaf swimmer Marcus Titus on cusp of qualifying for Olympics

Deaf since birth, Titus swims in a quiet isolation that he believes actually gives him an edge over those in the other lanes, who can hear everything going on around them.

Now, Titus is on the cusp of his first Olympics.

He qualified for Tuesday’s final of the 100-meter breaststroke at the U.S. Swimming Trials. If he can finish in the top two, he’ll be headed to Rio, no doubt serving as an inspiration to others with so-called disabilities.

“I just felt really awesome,” Titus said after the semifinals Monday night, speaking as well as communicating with sign language. “I know I can get on the Olympic team.”

A native of Tucson, Arizona, Titus didn’t start swimming competitively until his freshman year of high school, but he never let his disability stand in the way. Via nbcolympics.com

And while we’re waiting for the Olympics to arrive, why not cheer on some other stellar Tucson athletes with the University of Arizona Wildcats baseball team making it to the finals of the College World Series in Omaha.  Gooo Cats! 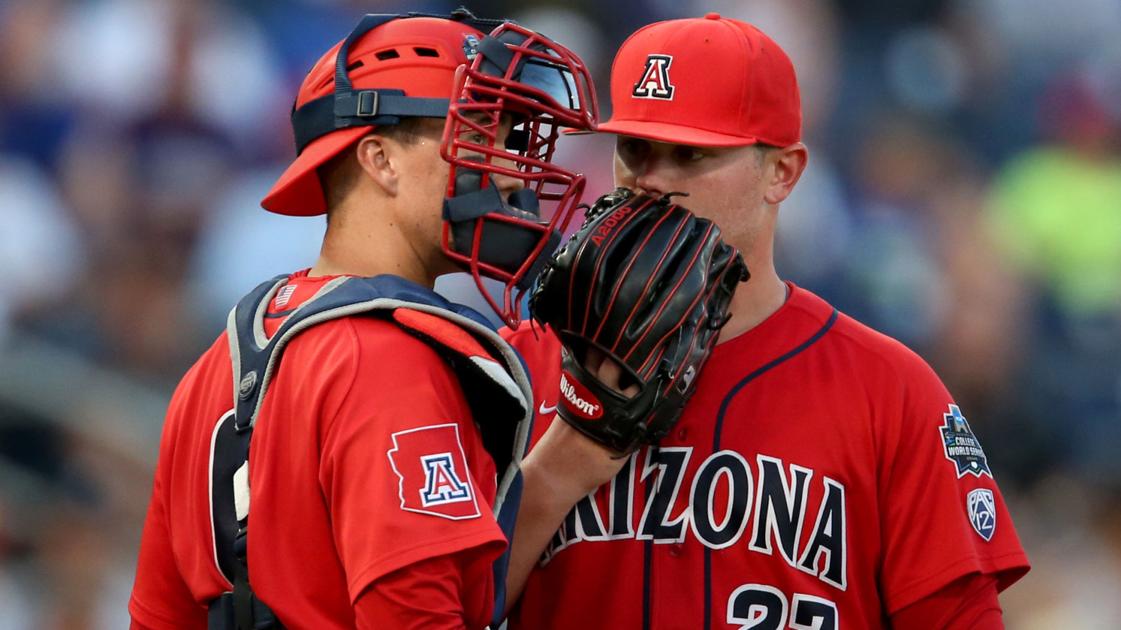 OMAHA, Neb. – Junior left-hander JC Cloney will start for Arizona in Game 1 of the best-of-three College World Series finals against Coastal Carolina. First pitch is scheduled for a little after 4 p.m., Tucson time. The game will air live on ESPN.

Cloney started and earned the victory in the first of three consecutive CWS elimination games Wednesday. Cloney pitched seven shutout innings in a 3-0 victory over UC Santa Barbara. He threw 95 pitches. Arizona’s No. 2 starter for most of the season, Cloney has a 7-4 record and a 2.66 ERA.

Cloney will face sophomore right-hander Zack Hopeck. Hopeck is 3-3 with a 3.81 ERA. He has made 15 appearances this season, including nine starts. He has allowed 41 hits in 49 2/3 innings with 11 walks and 34 strikeouts. read more at tucson.com