Tucson Seeing Some Things Going Up (Like Our Garage Doors)

As a garage door company, we need to be mindful of both the ups and downs of our product in a literal sense.  But when it comes to our home town of Tucson, we definitely prefer to focus on the UP news. And when it comes to housing, since we are closely tied to it in many ways, we’re definitely happy to see more signs that things are headed in an upward direction.  Even if people continue to use careful language such as “cautiously optimistic”.  Heck, that’s a lot better than what we have heard for more than a few years, so yeah, we’ll take it!

Tucson housing market is looking up 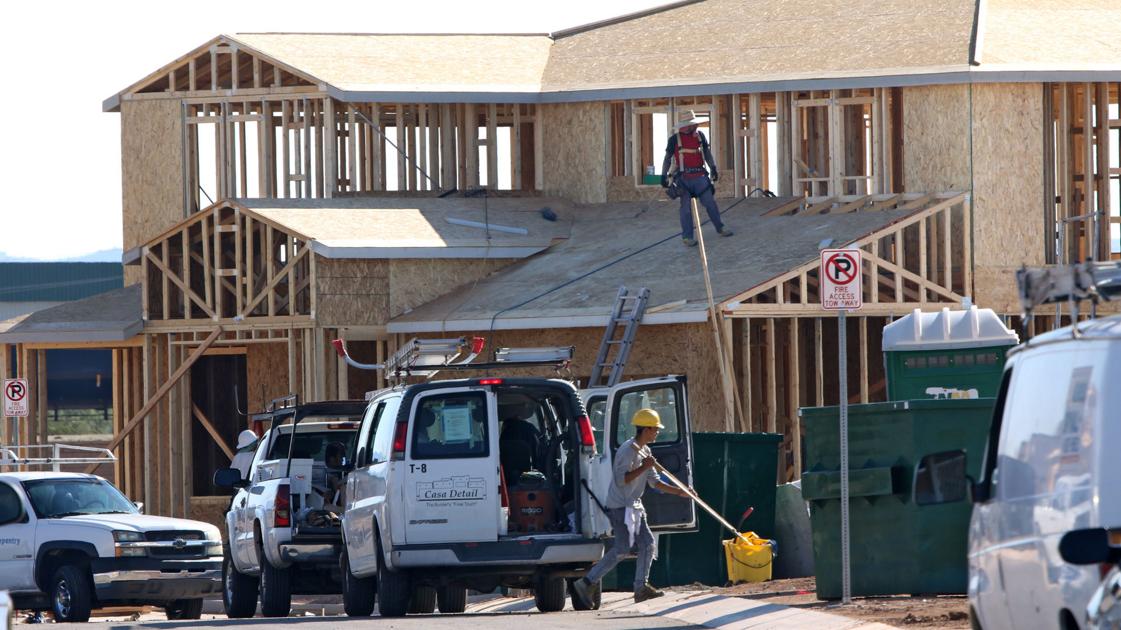 Fueled by better-than-expected job growth, falling foreclosures and rising new-home sales, the first half of 2016 produced a long-unseen stability in the local housing market.

And while no one is ready to uncork any champagne, industry observers say the improvement in the first six months of this year is cause for cautious optimism.

“I’m very cautious because we’re not completely out of the woods yet,” Gibbs said, “but we’ve had a positive six months — in fact, the best first half since the crash.” read more at tucson.com

In fact, with the good news regarding housing, if you’re not inclined to pop a bottle of champagne to celebrate, here’s a different idea and approach to consider… How about adopting a pet?  This weekend would be a great time to do that.

Looking for a New Pet? Forgo the Puppy Mills at ‘Adopt, Don’t Shop’

Adopt, Don’t Shop” day also marks the effective date of Arizona’s harmful pro-puppy mill law, SB 1248. The law will prohibit cities, towns and counties from enacting ordinances banning the sale of commercially raised dogs and cats in pet stores and will void ordinances in Phoenix and Tempe. Due to the law, a draft pet store ordinance in Tucson that was pending the outcome of a lawsuit against the City of Phoenix will no longer take effect.

The public can avoid supporting cruel puppy mills by never buying a puppy in a pet store. Most pet store puppies come from commercial breeding facilities that force animals to spend their entire breeding lives in cramped wire cages, to have minimal food and water, to be exposed to extreme temperatures for prolonged periods of time, and to be given only minimal veterinary, dental care and grooming. Other pet stores who sell dogs and cats sourced locally are likely paying unlicensed “back-yard” breeders to produce popular breeds so that they have stock year round. These puppies and kittens leave the stores unaltered, unlike shelter-sourced animals, which must be altered before leaving. This practice contributes to the homeless pet issue and the costs to taxpayers and rescues. read more at tucsonweekly.com

Then again, if you’re headed out with your pets these days, there’s an extra threat that you need to be aware of.  Normally we remind people to be extra cautious with their pets in the car during times such high heat. Many people would never think to leave their animal in a car unattended, which is great. However, there still seems to be quite a few folks who aren’t quite as careful when it comes to driving through areas of high water.

We have been getting some crazy amounts of rain here in southern Arizona lately.  It is SO important that everyone be careful out there and don’t risk entering areas of high or flowing water.  It’s much better to be late and safe than the alternative.

So much rain had fallen in a short span of time — up to 2 inches in one hour in central Phoenix — that the National Weather Service was referring to the storm as a 100-year event, meaning that amount of rainfall has a 1 percent chance of happening in any given year, in a specific location, according to a report on the Arizona Republic website. Motorists were abandoning their cars near the intersection of Camelback Road and 35th Avenue.

Stay safe out there Tucson!